Is your hydrocarbon analysis as reliable as you think it is? And if not, who's liable?

A major multinational organisation recently undertook an evaluation of MCERTS laboratory performance for petroleum hydrocarbons. Ten duplicate sets of samples containing sand and gravel were prepared. Five of the sets also had 10% by weight of peat added. (Peat in common with other organic material is known to interfere with the lab TPH analysis.) A 5000ppm concentration of diesel was spiked into each. A sand/gravel and sand/gravel/peat duplicate set was sent off to four different MCERTS accredited labs, and also to QROS for analysis with our on site hydrocarbon analyser, the QED.

The samples were put into glass screw top jars into a cool box, wrapped in bubble wrap and cooled with two cool packs. It took around two days to arrive at the labs, the samples were at room temperature on arrival. On opening the cool box a strong hydrocarbon smell was noted, which indicated that a proportion of the spiked hydrocarbon had evaporated (demonstrating another reason why on site analysis is so useful: samples are fresh and retain their similarity to the area being tested.)

The results that came back ranged from just under 2000 to just over 8000 ppm.  Of the four laboratories, two could not get agreement between any of the duplicates. two labs were unable even to identify that the hydrocarbon was diesel. Under WM3 guidance, you need to be able to identify the hydrocarbon. Two labs had good agreement between the sand/gravel duplicates and each other, with a value of approximately 3000 ppm. QED analysis also showed 3000 ppm. It was therefore accepted that the 3000 ppm value was correct for the sample as received, taking into account the amount of diesel which had been lost from the samples en route. These results show the potential losses that a typical sample can undergo when shipped using the standard shipping containers and methods.

The samples containing sand, gravel and peat should also have given values of around 3000 ppm, as they were effectively the same as the other two and affected by the same amount of evaporation. The laboratories all gave values higher than 5000 ppm, some reporting over 8000 ppm, showing that there was a significant level of interference from the peat, almost double the TPH value. The QROS analyser gave the same 3000 ppm result for these samples. The QED has sophisticated background subtraction capabilities and can differentiate between the hydrocarbons in naturally occurring organic matter and those in contaminants. The QED is the only analyser that does this.

This study demonstrates the common problem of relying on a small number of laboratory samples that can easily undergo changes between the sampling and analysis to reliably characterise the actual contamination on a site.

The above study was repeated using a different sample spiking procedure and different hydrocarbon concentrations. The results were similar to the first study, with the QED giving the closest match to the expected values. Again, 2 laboratories gave acceptable results for the sand/gravel samples, but 2 gave results either unacceptably high or unacceptably low. The effects of the peat were also similar to the first study for the laboratory results where increased TPH values were recorded by the laboratories, but not by the QED

Deanna Crumbling’s paper (“Improving Decision Quality: Making the Case for Adopting Next-Generation Site Characterization Practices” Crumbling et al 2003) shows that sample homogeneity is the largest contributor to the variability of results, but when the variability from the labs is also added, the results that consultants, contractors and regulators rely on can be seen to be highly compromised.

The consultant or contractor is liable for any consequences arising from incorrect data interpretation.

On site analysis enables a lot more samples to be analysed for a given volume of soil, allowing a much better assessment of the site contamination by reducing the impact from soil non homogeneity. Losses that can occur during shipping are also minimised. Using on site analysers like the QED gives results which have been repeatedly shown to be as good or better than the lab, and at significantly lower cost. An added benefit is that getting analytical data within a few minutes of taking a sample allows more efficient decisions to be made during site investigations and remediations. This alone has the potential to provide significant cost savings to any project, boosting profitability and reducing standing time on site.

The higher sampling densities and ability to react in a timely manner to the information generated by the on site analysis, will also significantly reduce risks and significantly improve the legal defensibility of the data generated.

With many remediation projects now being let on an all risks basis, relying on old site investigation data and a statistically un representative number of laboratory analysis results could result in running over budget or costly litigation, both events creating negative publicity for all involved in the project.

The QED is the only single analyser, either in the laboratory or on site, that can accurately identify the hydrocarbon.

It takes less than 5 minutes from getting a soil sample for the QED to give accurate results in a single test for BTEX, TPH, PAH and BaP as well as identifying the hydrocarbon as petrol, JP5, JP8, kerosene, diesel, degraded fuel, bitumen, creosote, coal tar, road tar, motor oil, waste oil, hydraulic oil or transformer oil. Water samples can be analysed in seconds. This keeps costs low and sampling density high, improving the amount and quality of the data generated.

The QED is designed and built in the UK by QROS. QROS can also supply the latest generation of on site analysers for metals and other contaminants.

The QED and other analysers are available for hire from QROS.

Contact QROS now for prices, and the latest information about on site methods. 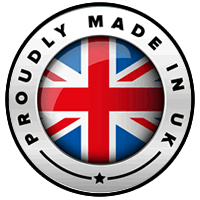